Join the U.S. Small Business Administration to celebrate Hispanic Heritage Month! The event will start with a fireside chat in which SBA Administrator Isabella Casillas Guzman will join Associate Administrators Bibi Hidalgo and Mark Madrid for a candid discussion about the SBA’s efforts to foster Hispanic entrepreneurship. Next, the Associate Administrators will host a panel discussion to learn how Hispanic business owners have successfully pivoted throughout the pandemic to adapt to a rapidly shifting environment. Hear about their truths, how they overcome challenges, and how they face this adversity with “grit and ganas (a drive to succeed)”.
*Additional panelists will be added soon. 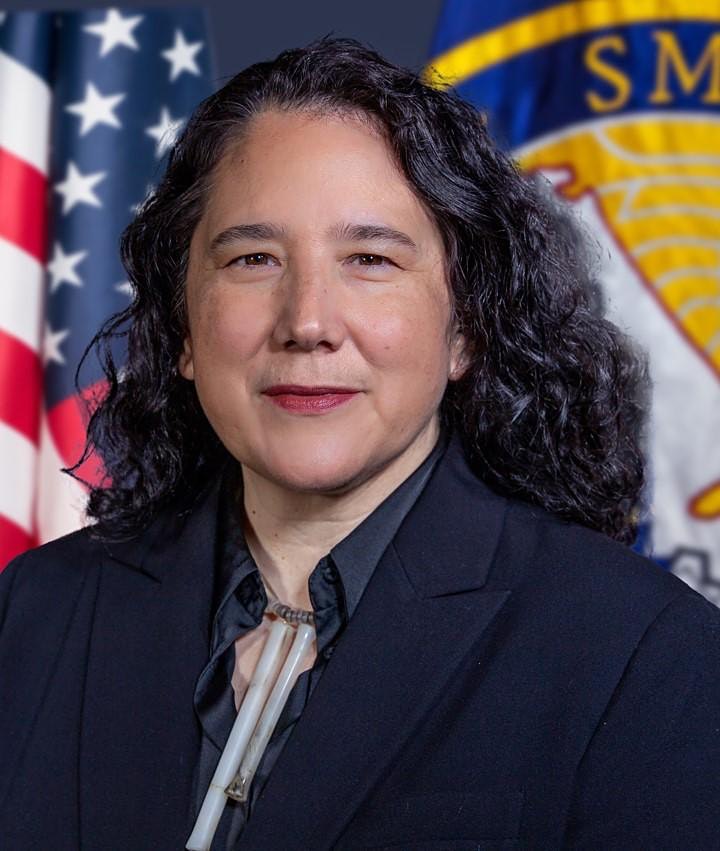 A lifelong proponent of small businesses, Guzman grew up as the daughter of a small business owner and learned at a young age how important small businesses are to the communities they serve, the people they employ, and the economies they help power.

Administrator Guzman previously served as Director of the California Office of the Small Business Advocate, a position she held after being appointed by Governor Gavin Newsom in April 2019. In that role, she served as the voice of small businesses and innovative startups in the 5th largest economy in the world. She administered and advocated for programs and initiatives to help small businesses access capital, markets, and networks for stronger outcomes. She and her team helped connect entrepreneurs in every community with the resources needed. As the economic recovery support function coordinator for the state, she focused on resilience and most recently worked to help small businesses access relief during the COVID-19 pandemic.
In California, Administrator Guzman oversaw a network of small business centers focused on expanding assistance to underserved business groups. She launched new public private partnerships and collaborated to deliver cutting edge resources to small businesses, including through initiatives like Get Digital CA to increase technology and e-commerce adoption and Source Diverse Source Local to strengthen supply chain readiness. She advocated fiercely for financial relief for small businesses, leading to the expansion of state supported lending and the largest COVID-19 grant relief program in the nation at over $2.5 billion. Guzman's office launched the Entrepreneurship Task Force to serve as a bridge to small businesses and create content and programs to help strengthen the competitiveness of startup and small firms.

Administrator Guzman has previously served in leadership at the SBA as the agency’s Deputy Chief of Staff and Senior Advisor during the Obama-Biden Administration, where she oversaw policy and new program implementation. She was a small business entrepreneur herself, and an advisor to fellow founders including in accelerating technology commercialization and in helping small business contractors leverage the federal marketplace. Administrator Guzman earned a Bachelor of Science from the University of Pennsylvania Wharton School of Business. 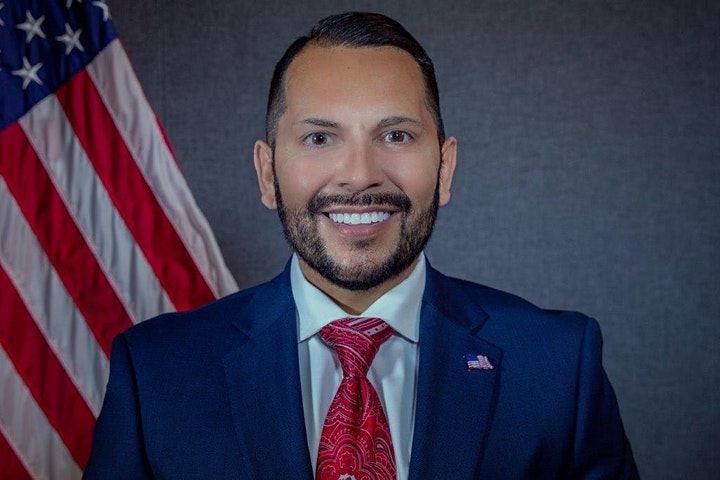 Previously Mr. Madrid served as CEO of Latino Business Action Network, a national 501(c)(3) organization focused on strengthening America through funding and supporting U.S. Latino entrepreneurial research and education-impact programs at Stanford University. Mr. Madrid was named the 2019 Silicon Valley Nonprofit CEO of the Year by the Silicon Valley Business Journal. He serves on the Board of Trustees for Scholarship America, the leading nonprofit scholarship and educational support organization in the United States. He is an Honorary Colonel of the United States Army and Jefferson Award recipient. 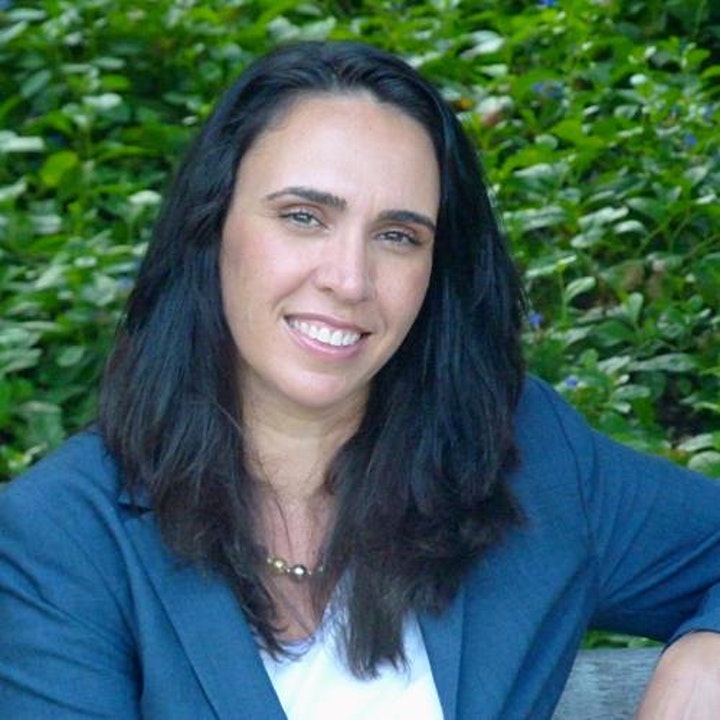 Bibi Hidalgo is the Associate Administrator for Government Contracting and Business Development at the SBA. In her role, she oversees and reviews procurement-related policies for small business contractors hoping to contract with the Federal Government, including Women-Owned, Veteran-owned, Socially Disadvantaged, and HUBZone contractors.

In her prior role, she was the SBA Government Contracting Policy Lead for the Biden-Harris Transition Team, developing policies that President Biden could execute in the first 100 days, with an emphasis on underserved communities.

In 2014, Ms. Hidalgo and her brother Patrick Hidalgo Co-Founded Future Partners, LLC, which advised Fortune 500 corporate executives on procurement and minority business strategy, and created a model for how to facilitate significant opportunity for both. Prior to that, they both served in the White House, during which time she managed a government-wide initiative with the 24 Cabinet agencies to position the Federal Government to meet the Congressional 23% small business goal out of a $400 billion contracting budget for the first time in a decade. In addition to her experience, Ms. Hidalgo has a Master’s in Public Policy from the John F. Kennedy School of Government at Harvard University.
In her free time, she enjoys being an assistant coach to her son's CYO basketball team. She is dedicating her work to the memory of her brother Patrick who passed away suddenly at the age of 41 in March of 2020. 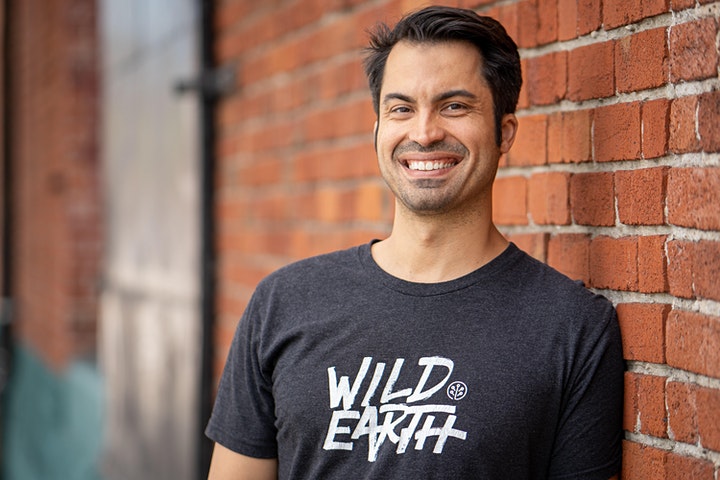 Ryan Bethencourt is the CEO of Wild Earth, the leading plant based pet food company in the U.S. and India. He’s also a Partner and Co-Founder at Sustainable Foods Ventures, a pre-seed future of food rolling fund and Partner at Babel Ventures, an early stage consumer biotech VC firm. Ryan has years of experience in leading, building and advising high-growth food and biotechnology companies.

Ryan was previously, co-founder, former Program Director, and Venture Partner at IndieBio and has invested in 150+ early stage biotech and food startups and served as the head of life sciences at the XPRIZE Foundation.

Ryan focuses on using biology as a technology to solve some of the world’s most intractable problems including the future of food, medicine, biological computation, consumer biotech and environmental challenges.

Some of the more notable and impactful companies Ryan has invested in and backed include: 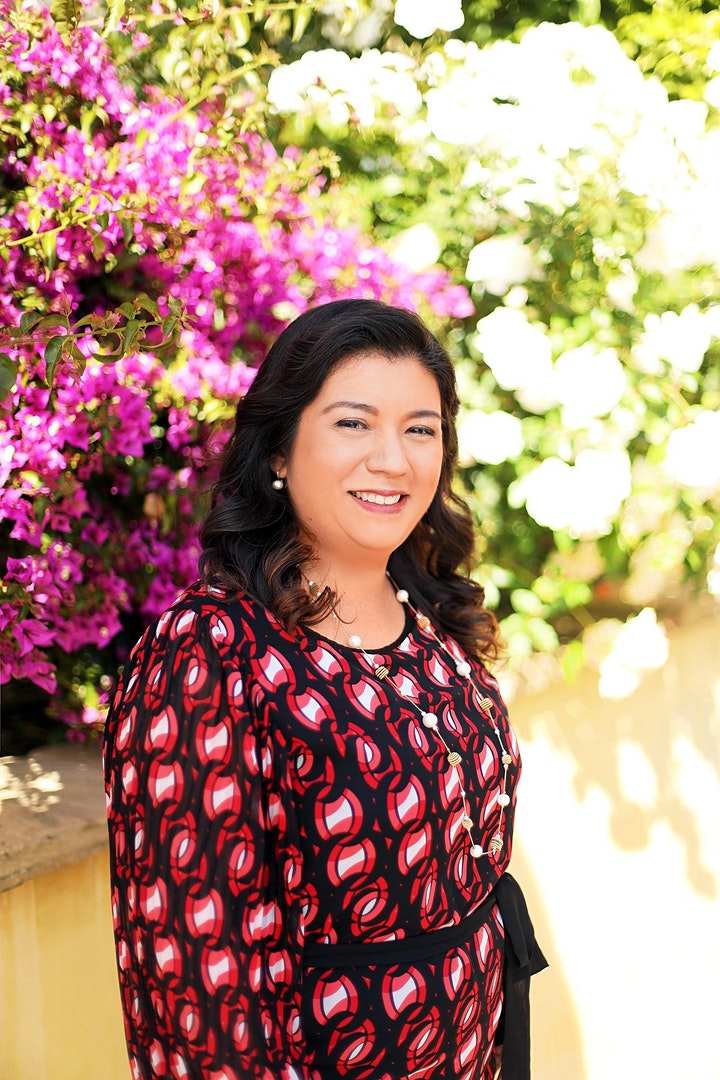 Teresa Razo is an entrepreneur, mother, wife, motivational speaker, philanthropist, community leader, visionary and lover of life! Teresa has been a pillar to the community in Orange County for decades. She the CEO & founder of Cambalache Argentine & Italian Cuisine in Fountain Valley & Villa Roma Argentine & Italian Cuisine in Laguna Hills. She is also currently President of the Fountain Valley Restaurant Association.

Teresa was born in Laguna Beach, CA. Both her parents are from Jalisco, Mexico and she is proud of her Mexican heritage. After graduating for Laguna Beach High School, she was accepted to University of California, Irvine where she graduated in 1998 with a Spanish major and studies in Chicano Latino & Criminology. Later in 2015 she graduated from the Latina Global Executive Leadership & Entrepreneur Program from USC and in 2016 completed the Stanford Latin Entrepreneur Leadership Program from Stanford Graduate School of Business. She recently graduated from James Beard Foundation 2019 Women’s Entrepreneur Leadership Program where only 25 women are chosen to participate.

Teresa is involved in many philanthropic work as well as her contributions to businesswomen around the world. She has been named OC Restaurateur of the Year, Notable Person by Para Todos, Latina of Influence, received the Minerva Award from the California Hispanic Chamber of Commerce, named OC Business Women of the Year and has received numerous awards for your work, dedication and empowerment to her community and entrepreneurial leadership. She is also a co-author of the book, “Lead with Success” published in 2016.
She has also been Keynote Speaker to numerous prestigious companies like "Los Angeles Times" and "US Foods". She currently works with small groups of Entrepreneurs to help them scale or launch their business with passion and values. She has been featured in The Wall Street Journal, Para Todos Magazine, Alegria Magazine, OC Register, James Beard Foundation, Fox News and Nationwide.
Teresa is married to an amazing and humble man and mother of two handsome boys. She considers her family the greatest treasure in life and strongly believes in building a longer table than a taller fence!